Electronic music doesn't have to be complicated

The goal of Seq App was to design an intuitive sequencer that would play well with a musician's existing instruments. Essentially the sequencer would allow users to store a series of notes that could be played back and adjusted on the fly. This pattern is looped to form the backbone of a song.

An example of a simple sequence for you to sing in public to those around you:Using the app, a musician could record these notes then send them to their bass synthesizer, laying down a juicy bass track that they could jam over.

As a musician myself, I'm familiar with the general workflow of composing electronic music. I wanted to create a very simple MVP of a sequencer application that still has interesting features for live performance.
The user requirements include:
Requirements I decided to leave out of the MVP, but could be added at a later time:

After I had some general requirements in mind, I storyboarded a musician using the app during a jam session or performance. This allowed me to think about the features within their larger context, as well as when each feature is likely to be used relative to the others.
The user records each note of the sequence one by one by holding down one of eight step buttons. They then press a key on the keyboard. MIDI data (note data used by electronic instruments starting the 1980's) is sent from the keyboard to the app and recorded for that step. Repeat eight times and you have a sequence!
The sequence can then be played and stopped.
To add performance flourishes (too much repetition can be boring!), the user can adjust the tempo and pitch of the sequence. They can also program a new note to one of the steps by repeating the process above. This can be done while the sequence is playing to add variety to the musical sequence.

Electronic musicians already have a glossary of design standards that they have learned from various synthesizers, keyboards, sequencers, grooveboxes, and more that have been released over the years. I decided to stick with some of the conventions of hardware design to make my app intuitive to someone who has used hardware before. However, software offers up some great opportunities to have dynamic or precise control that I also wanted to take advantage of.

Even though changes to settings can be heard, it's important to let the user know that their actions are taking effect, especially in the context of a dark stage with other instruments to worry about.
The step buttons change color depending on whether or not they're being pushed, have note data, or are being currently played.
Small detailing lets the user know that they can slide the lower pane to reveal more performance settings. 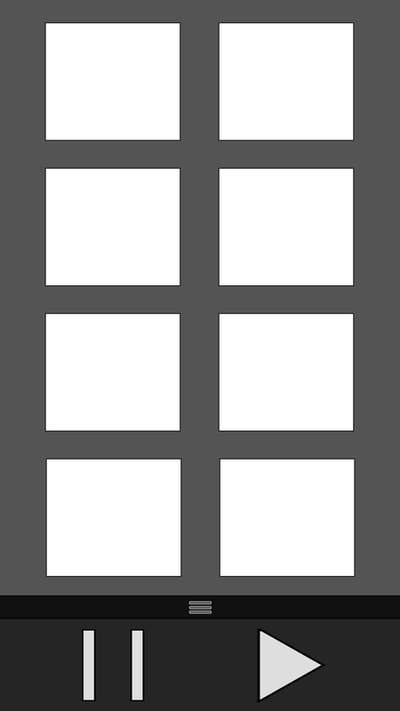 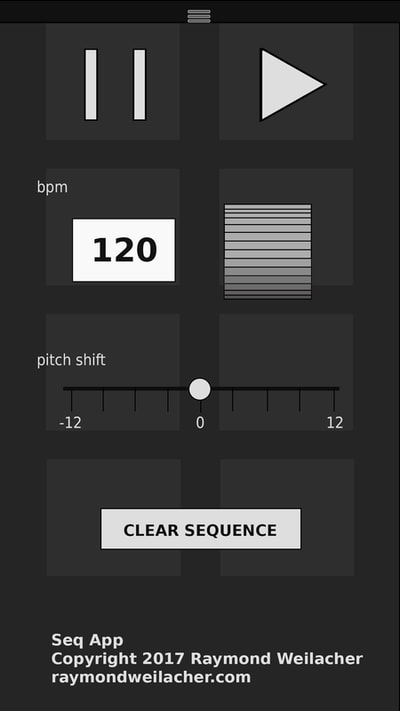 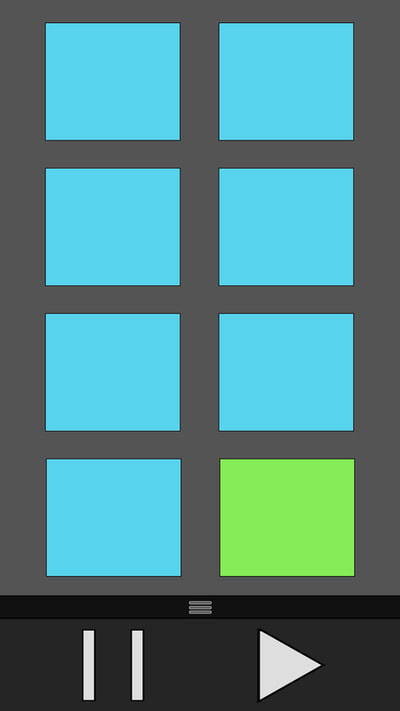 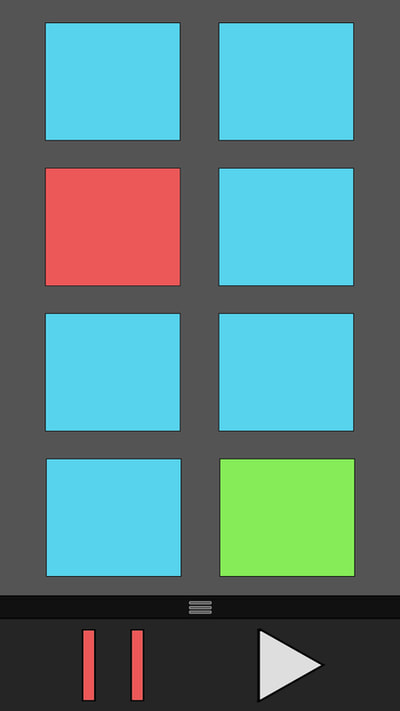