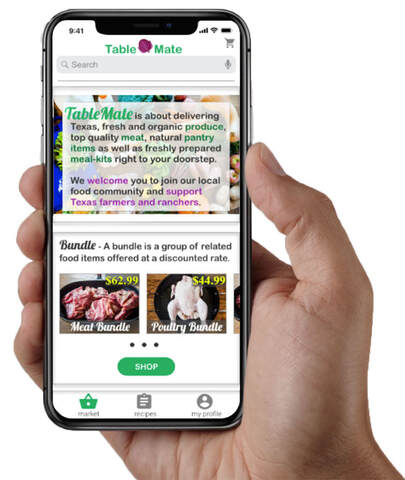 Tablemate is the best way to get farm-to-table delivery of local produce, meats, and other products from the North Texas region. Unlike other food subscription apps, users can subscribe to either a supper club (with the ingredients to create one meal) or a veggie box (in-season produce), as well as buy individual items. And best of all, users know exactly where their foods come from.

This app was designed during the Southern Methodist University's User Experience Certification program. I worked alongside two other designer/researchers, Jessica Anguiano and Elisa Klein. The project took place over four months.
​

We had several challenges we knew we had to address with our design:

First we solidified the definition of our project's goals, taking into account similar services and competitors and identifying the need for a locally focused food delivery service.

Working name at this point was Farmhouse Delivery
Various competing apps and services were researched. We broke down their features and unique selling propositions to see where Tablemate would stack up in the marketplace.

Tablemate would fill the need to have Texas-only organic food delivered to a user's front door, along with various subscription options. Farmhouse Delivery, which checks off most of the above boxes, has no mobile presence. Tablemate would provide similar products but with the ability to customize deliveries and view recipes on iOS.
Product definition led to empathy maps and personas, which were then used to determine high level workflows. 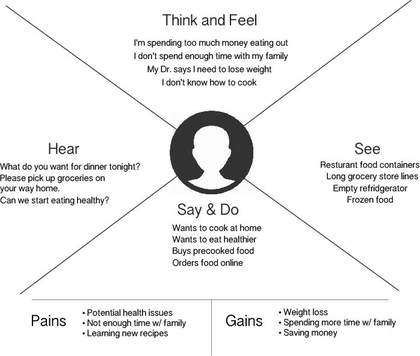 This example of an empathy map, along with others, led to workflows for various types of users.
The high level workflow went through several iterations as overall functionality was scoped out. Each type of user (listed on the left side of the flow) had a slightly different variation on the steps they would take to achieve their goals in the app. Features and steps were grouped by similarity. Those groups (shown as gray boxes across the top of the flow) became our user Epics (high level collections of user stories). 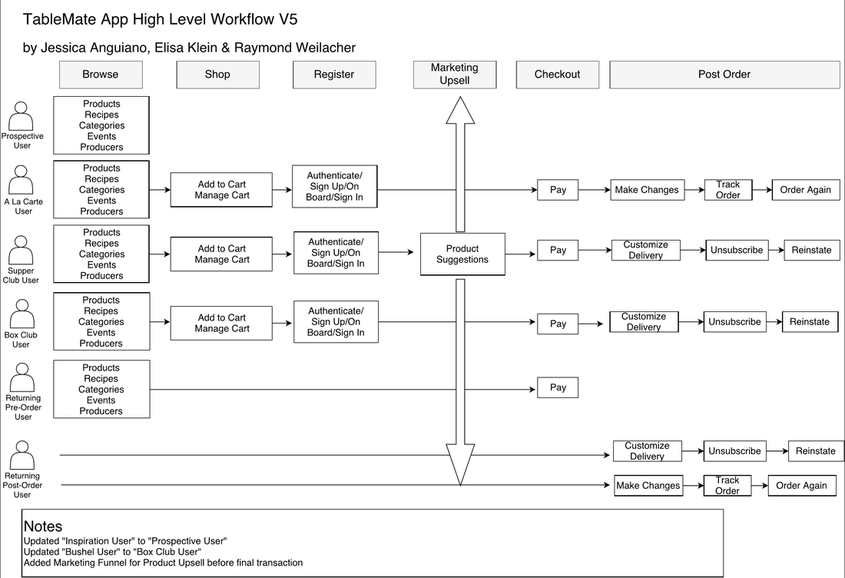 The Epic user stories had many component parts and features that became our user stories. For example, the "Post Order" Epic included the following individual user stories and more:

We sketched out the entire app in early rough drafts, polishing the core functionality (navigation, shopping, checkout) in order to focus our user testing on those processes.
The Home page went through several iterations.
We also tried various versions of the product list view. We were aiming to both convey enough information about the product to increase conversions and to keep the experience lightweight and intuitive.

We gathered six participants to test our prototype, exceeding Nielsen Norman Group's industry recommendation of five. We tested on an iPhone using Invision's prototype app to adhere to the final form factor as closely as possible. 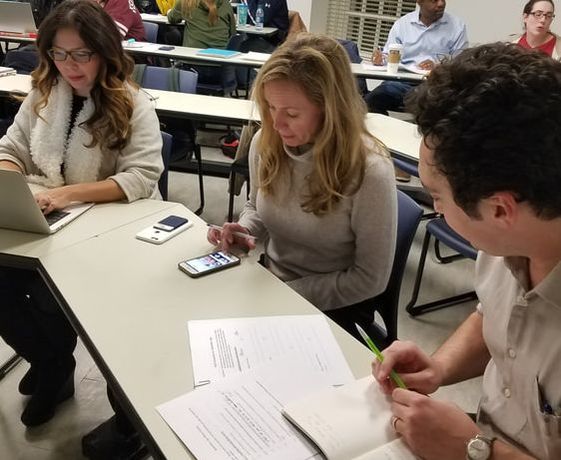 Our six participants went through the following tests:
After testing we compiled our results into a report and identified the key areas we needed to focus on. 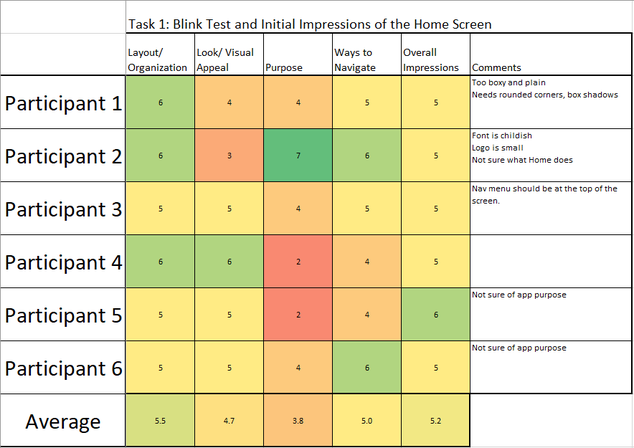 First of all, our Home page scored badly on clarity of purpose. Our participants were not sure of the app's purpose or offerings during our Blink test, and even after spending a longer time with the app. We realized that what was obvious to us was not, in fact, being communicated to our users.
Some of our participants reported:

If you didn't tell me, I would never have known that this was all local food.

The photos are beautiful but I'm not sure where these [options] will take me.

Furthermore, our first scenario (find and add hamburger ingredients to cart) was scored as too difficult. Navigating the home page options was a hassle and the differences in the options were not clear to many participants. Shopping, as a core function of our app, needed improvement.

Things were hard to find... Are these four pictures four different links or not?

We sorted our results into positive, negative, and miscellaneous finding. Participants responded positively to the colorful, vivid images of food and the menu at the top and bottom of the screens aligned with their expectations. When they clicked the "Recipe" button, they expected to go to a list of recipes to browse, and this is what in fact happened.

We first ordered the negative feedback by the number of users affected. Each issue was then assigned a priority based on how critical the issue was to our primary features.

Most critically, the offerings on the home page (the market, veggie box subscription, supper club) were not distinct and users where each option would navigate them to. Users were also not aware that all the products were local Texas grown items. These particular issues, which made up the bulk of the High and Critical issues, stemmed from the Home page design.

We went back to the drawing board and, using our findings, redesigned the Tablemate Home page in order to test further.

In our second design sprint, we redesigned our Home page to address the issues brought up by our user testing. Since most of the shortcomings involved a lack of clarity in the app's purpose and offerings, we had to overcome our assumptions and created a Home page experience that would serve not only for navigation, but education.

To make sure our changes had been successful, we did a second, smaller round of testing that focused on Home page and navigation. The results of the second round of testing were very encouraging.
Perceived clarity of the app's purpose
3.8/7  →  5.5/7 (24% increase)
Ease of navigating and shopping
4/7  →  6/7 (28% increase)
Participants willing to recommend Tablemate to a friend
30%  →  100%